Unlike other major cities in Europe, up until the mid-1980’s only a small population of Chinese in Europe resided in Ireland and comprised mostly students and those in the restaurant business. At the height of Ireland’s economic boom in the 2000’s, there were approximately nearly 100,000 Chinese in the Republic of Ireland with the majority of them in Dublin. By 2015, even in recession times, there were still nearly 30,000 Chinese in Ireland.

The Chinese Gospel Church of Ireland started out as the Dublin Chinese Christian Fellowship (都柏林華人基督徒團契) in the early 1980’s. The church’s vision and aim was and still is to reach out to the Chinese community in Dublin, to share the Gospel of Jesus Christ and to provide for the spiritual needs of this community. In those days, the Dublin Chinese Christian Fellowship comprised mainly of students and young graduates.

The Chinese Gospel Church of Ireland

The Chinese Gospel Church of Dublin was registered in 1992 and initially met in various rented premises scattered throughout the city. The need for a building of our own culminated in the purchase of a building in the city at Abbey Street in the autumn of 1994.

Shortly afterwards in the spring of 1995 renovation works began. The church officially opened with only part of the renovation complete in October 1995. Renovation works continued as funding became available and was as a result of joint effort of professional contractors, church members, and mission teams from overseas churches. The building was finally fully renovated in the summer of 1999. Finance for the purchase of the property and renovation work was raised entirely through the support of church members, pledges by associated churches world-wide, friends, past associates of the Dublin church, the local Chinese community in Ireland and a mortgaged bank loan.

In 2002, the church congregation had expanded to the extent that the church hall in Abbey Street reached full capacity with one Worship Service. The church started a second, Mandarin speaking worship services.

By 2010, the Church was set to expand even further. As God graciously continued to add to the numbers of the congregation, a larger, purpose built facility became necessary. With that in mind and after much prayer and seeking, Esker House located in the suburb area of Lucan was purchased in September 2011.

Once again construction was a joint effort between our own members and professional contractors.

The new church was completed in under a year, in time for celebration of the CGCI’s 20th Anniversary. The opening ceremony in August 2012 was held amidst much celebration and thanksgiving and in presence of invited council members, local pastors, clergy and many past associates – many who attended from overseas.

As with Abbey Street, building and renovation took place in phases. By 2015, the Manor House, stables and grounds are still in the process of restoration and conversion and would eventually allow us to have teaching classrooms, offices, administrative space and library. We trust in God to provide our needs as we continue to expand His church in Ireland.

By the end of 2015, the church’s outreach work to the City of Limerick (Ireland’s third largest city), which was started back in 2012, began to bear fruits. A decision was made to commence a new congregation in Limerick. The church took out a rental property in the Castletroy suburb of Limerick, near the University of Limerick, and weekly worship services began there in January 2016.

At the same time, the children’s ministries also matured, and a weekly Children’s Church was also formalised by January 2016.

By the start of 2016, the Chinese Gospel Church of Ireland has five separate congregations in three locations, with worship services held in three languages (Cantonese, Putonghua and English). Through all this, our eyes are fixed firmly on God and the vision and mission given to us to reach out to the Chinese community in our local community, in Dublin and to further parts of Ireland. We continue to look to God to guide and provide our needs 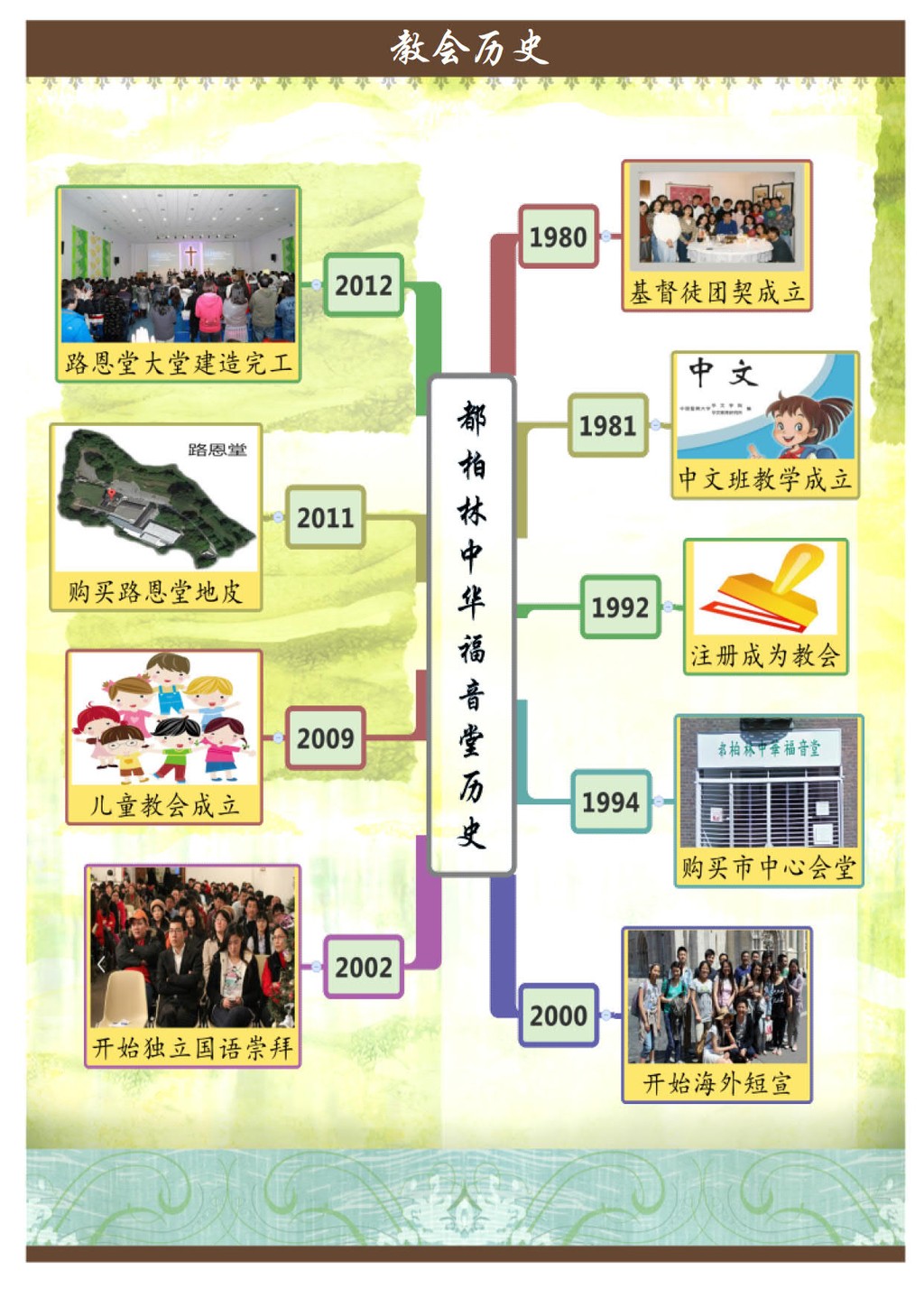